As read on Balm for the Soul with Tammy Nicole Glover podcast. 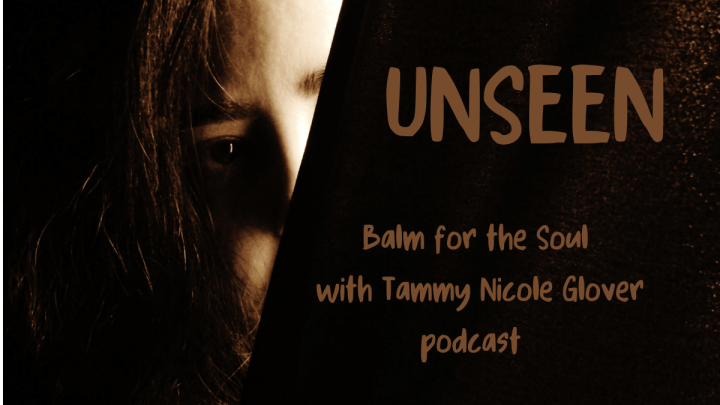 Check out the all new episode of Balm for the Soul with Tammy Nicole Glover podcast available on Anchor, Spotify and Google Podcast.

“For we are God’s handiwork, created in Christ Jesus to do good works, which God prepared in advance for us to do.” Ephesians 2:10 NIV

Someone recently told me that I should find out the “why” behind my goals and determine if that “why” is a strong enough motivation to follow through with them. This advice came at a time when I was feeling a bit lost and discouraged. I had been putting off a lot of things regarding my writing because things hadn’t been going the way I had hoped. I was starting to lose my passion and become weary. I kept thinking and praying about the advice given to me and I realized that I had lost sight of the “why” behind my writing.

I wonder how much farther along I would be if I had treated God’s calling for me with the same seriousness and passion as He does. How many people would I have helped by now if I was diligent in my obedience to Him? It’s not easy to admit when I have missed the mark but I had to do it in order for me to get back on track. Thank God for His mercy. We should never lose sight of our purpose. God has given us all so many gifts and talents. They’re not just for our benefit but for the benefit of others.

Take a deep breath. Feel the air fill your lungs. That feeling means God still has plans for you. They are not plans to hurt but to give you hope, a future and to prosper you. Now exhale. Quitting is not an option. There is too much work for you to do and the air in your lungs is evidence of that. In honor of all of those who no longer have breath, be the blessing that they can’t be. The world needs you.

“For we are God’s handiwork, created in Christ Jesus to do good works, which God prepared in advance for us to do.” Ephesians 2:10 NIV

I wonder what my days would look like if I lived each day for God and not for myself. Would I be in a constant state of awe and gratefulness because I was able to clearly witness God’s grace and mercy? How many lives would I be able to positively impact? Would people look at me and be convinced that God is real and know that He is love?

“For we are God’s handiwork, created in Christ Jesus to do good works, which God has prepared in advance for us to do.” Ephesians 2:10 NIV

“They said, ‘The land we explored devours those living in it. All the people we saw there are of great size. We saw the Nephilim there (the descendents of Anak come from the Nephilim). We seemed like grasshoppers in our own eyes and we looked the same to them.'” Numbers 13:32-33 NIV

I was given the vision and told what to do and where to go. It was such a huge and impossible dream that it could have only come from God. It scared me but the Lord kept encouraging me. He told me to be strong and courageous. He told me that He would never leave me nor forsake me. All things would work out for my good if I only believed. I believed.

Armed with His love and His Word, I stepped out on faith to do what He called me to do. Before I could even step out of the boat, I saw giants. Hold up…wait a minute, I thought. The Lord never mentioned that there would be giants. He also failed to mention all the other powerful enemies waiting for me. Everyone is bigger, stronger and more skilled than I am. I don’t think I belong here.

Lord, do you see those giants waiting to devour me? They’re laughing because they know I’m about to be squashed. Wouldn’t I have been better off if I had just stayed in the land of mediocrity? I may not have done great things there but I would still be alive. I’m too far to go back so what I’m supposed to do now?

I stayed in my pity party for quite some time. I watched the giants enjoy the land that I was supposed to have. They mocked me and turned their noses up at me. Finally, the Lord had enough. He said, “didn’t I tell you to be strong and courageous? Have I not given you clear instructions? Did I not get you through the wilderness? Was I not there to pick you up every single time you fell? Did I not heal your wounds? What cause have I given you to doubt me now?

Gulp. He was right. I have faced battles with enemies that were stronger and more skilled before and each time God gave me the victory. I seriously needed to repent and give God praise.

After I received God’s forgiveness and thanked Him for His mercy, I stood up and held my head up high. The Lord is with me and I will not be afraid.

Look out, giants, here I come.

Why so downcast, oh my soul? The Lord woke you up this morning. He kept you safe through the night. His sun shines on you. His favor covers you like your favorite blanket.

It’s time to rise and shine. What happened yesterday has past. Today is a new day, full of new blessings and new mercies. Arise and be of good cheer. There is much work to be done by the Lord’s people.

Open your eyes, the world is hurting. Open your ears, the earth cries out. Open your heart and accept God’s assignment. He has given you strength, peace and joy. There is no need to be downcast, oh my soul. For your Heavenly Father is with you today and forever. He has promised to take care of you and to protect you. Your Heavenly Father is El-Shaddai-God Almighty. He is the Creator of the Earth. There is no one and no thing greater than Him. He parts seas. He heals the sick and raises the dead. He sent His Son, whose blood cleanses you of all sin. He has conquered death surely, He can handle your problems.

Praise the Lord, oh my soul, for He is good and His love endures forever. He is generous, not only with His mercy, but with all that is His to give. You are His child. Arise!

“Why, my soul, are you downcast? Why so disturbed within me? Put your hope in God, for I will yet praise him, my Savior and my God.” Psalm 42:5 NIV

“The harvest is plentiful but the workers are few. Ask the Lord of the harvest, therefore, to send out the workers into his harvest field.” Matthew 9:37 NIV

Do you ever murmur and complain about the things that God calls you to do? Do you put it off because sometimes what He’s calling you to do seems so small that it’s not worth the inconvenience? Before you procrastinate doing something that God has called you to do, ask yourself if your delayed reaction will cause an answer to someone’s prayer be delayed. Ask yourself if you will be responsible for someone else to stumble.

When God calls us to do something it is to fill a need. We are his arms, his hands, his legs and his feet on earth. We are not to just focus on ourselves. We are supposed to be following his example and loving others. Loving others means being inconvenienced sometimes. It means stepping out of our comfort zones. It means sacrificing. Someone is praying for a miracle and God maybe calling you to be that miracle. Don’t ignore his call. It is an honor and a blessing to be used by God.

“If anyone causes one of these little ones-those who believe in me-to stumble, it wuold be better for them to have a large millstone hang around their neck and to be drowned in the sea.” Matthew 18:6 NIV

Lord, when I heard your call, I was excited and a little scared. I knew you were calling me to greatness, not so that I could receive the glory but so that you could. I felt honored and blessed. I forged ahead not realizing exactly what your plans entailed.

Lord, I surrender. I will listen when you say stand firm, even though I’m in the middle of a storm. I will be patient when you say be still. I will press forward when you tell me to walk on water, despite how scared I am. I will say what you want me to say and I will trust you. I will forever praise you.

“Many are the plans in a man’s heart but it is the Lord’s purpose that prevails.” Proverbs 19: 21 NIV

Sometimes, these battles between my spirit and my flesh overwhelm me. I get exhausted and want to give up, but quitting is not an option for me. I didn’t come this far to go back to the life I used to live. I can’t forget how much God loves me. He loves me so much that He gives me grace and mercy each day. He gives me the strength and encouragement that I need to fight these battles. He loves you just the same. He sees your struggles. He knows how hard this fight is. He wants you to know that He is with you and with Him all things are possible. He loves you and He will never leave you nor forsake you. Don’t give up. Keep praying, believing and following God’s will for you. He will never break His promises.

“Do not conform any longer to the pattern of this world, but be transformed by the renewing of your mind. Then you will be able to test and approve what God’s will is–his good, pleasing and perfect will.” Romans 12:2 NIV